What is Prepare SoCal?

PrepareSoCal is an American Red Cross multi-region campaign designed to address the needs of individuals and families to prepare for disasters, small and large, by providing tips, tools, and training, and to promote community resiliency with a focus on Southern California’s most vulnerable communities.

Increase disaster awareness and preparedness capacity in Los Angeles County by working in collaboration with community coalitions and partners to provide preparedness education with an emphasis in vulnerable communities.

Promote and elevate the PrepareSoCal campaign through English and multi-lingual media to communicate the importance of preparedness to Southern Californians and thereby be seen as the experts on preparedness.

Learn how the American Red Cross and its partners use hazard and demographics maps to identify communities of focus. 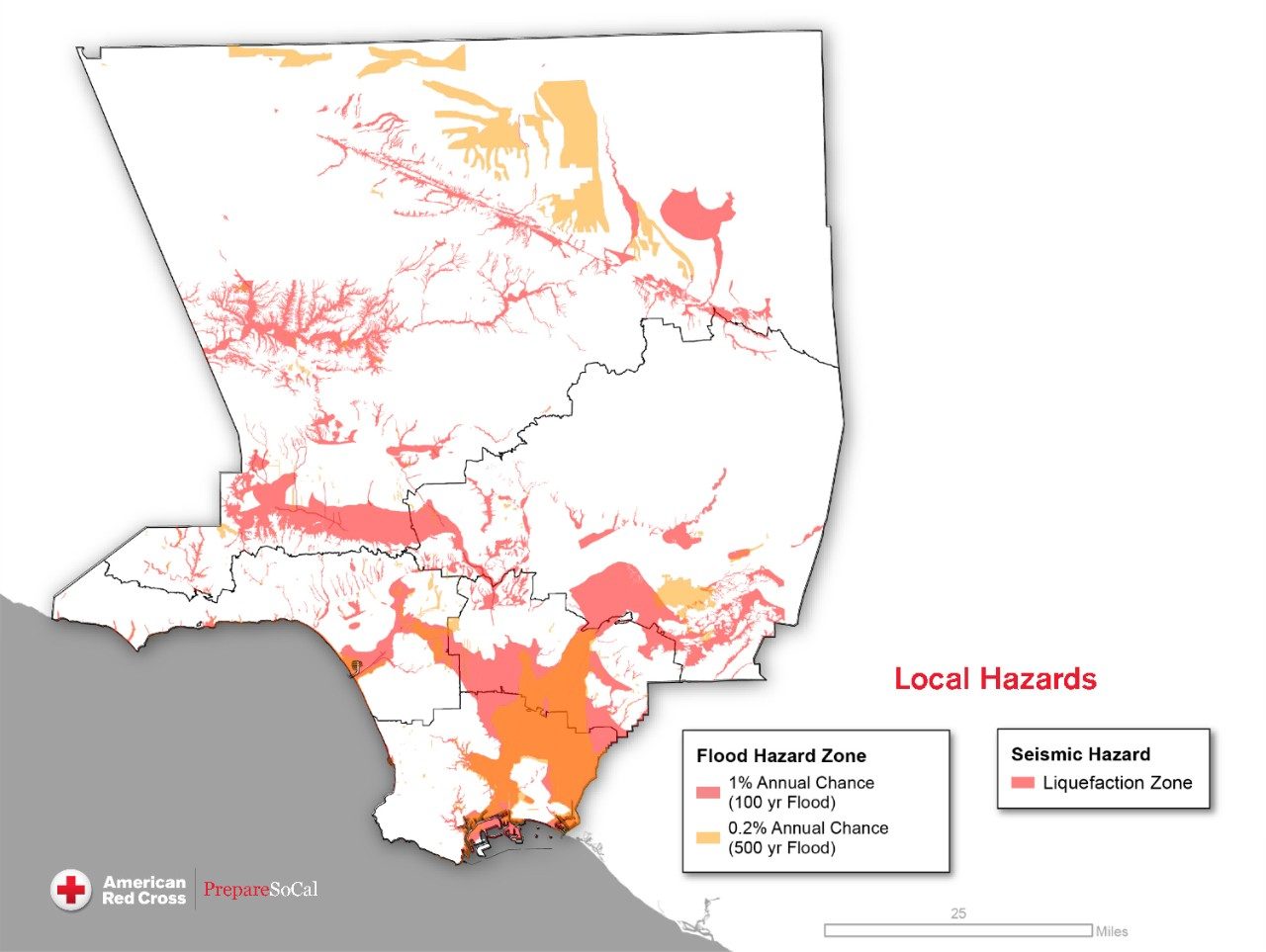 Edison International, through its subsidiaries, is a generator and distributor of electric power and an investor in infrastructure and energy assets, including renewable energy. Headquartered in Rosemead, California, Edison International is the parent company of Southern California Edison—one of the nation’s largest electric utilities.

KABC-TV is the West Coast flagship of the ABC television network. Owned by the Disney-ABC Television Group subsidiary of the Walt Disney Company, KABC maintains offices in Glendale, California. KABC-TV presently broadcasts a total of 44 1/2 hours of locally-produced newscasts each week (with 6 1/2 hours on weekdays and six hours each on Saturdays and Sundays).

A global leader in lightweight metals technology, engineering and manufacturing, Alcoa innovates multi-material solutions that advance our world. Their technologies enhance transportation, from automotive and commercial transport to air and space travel, and improve industrial and consumer electronics products.

The Walt Disney Company, together with its subsidiaries and affiliates, is a leading diversified international family entertainment and media enterprise with five business segments: media networks, parks and resorts, studio entertainment, consumer products and interactive media

The Farmers Insurance Group of Companies ®  was built to last, with a firm foundation of reliable businesses and a dedication to continual improvement. What began as a simple Car insurance company for farmers has become a multi-line, multi-company insurer and financial services group with a solid reputation for doing the right thing for the right reason.

Wells Fargo & Company is a diversified financial services company providing banking, insurance, investments, mortgage, and consumer and commercial finance through more than 9,000 stores and more than 12,000 ATMs and the Internet (wellsfargo.com) across North America and internationally.

Occidental Petroleum Corporation (NYSE: OXY) is an international oil and gas exploration and production company – one of the largest in the U.S., based on equity market capitalization – and our OxyChem subsidiary is a major North American chemical manufacturer.